​​​In Memory of Susan Denise Atkins-Whitehouse

A Gift From Susan

In 2002 Susan was interviewed by a television journalist.
The interview was aired on television
​ as part of an ABC news segment 6 years later
when Susan became terminally ill.

The interview is difficult to watch;
Susan becomes visibly upset during
the course of her conversation
with the journalist.

Susan tells us in her works
​The Dove's Nest Newsletters A Collection of Christian Newsletters
(by Susan Atkins-Whitehouse)
the interview was difficult for her in several ways.
One of which was the journalist kept trying to take Susan back to her past,
a time Susan did not wish to return to,
a time Susan had worked so hard over the years to move beyond.
It was not something Susan liked to talk about,
as we know.
It was repulsive for her.

Another point of discussion in the interview was Susan's son.
As Susan answers questions about him,
she tries to hold herself together,
but Susan is in pieces.

It's heartbreaking to see Susan in this condition;
she is very upset, as we watch
Susan suffering her loss.
How we wish we could do something to ease her grief.

And another conversation point
between Susan and the television journalist
is one of great disturbance and distress for us,
and always will be.
It's tortured for us because it means Susan continued
an ongoing struggle with this.

And that is Susan finding forgiveness for (former associate).* 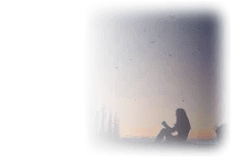 Susan says during the interview that she did not want to live a life
with any unforgiveness in it.
Susan found (former associate) the most difficult in her life to forgive.

No one could know,
except Susan.

To be responsive, as Susan was in a television interview,
and as difficult as it visibly was for Susan,
she told the journalist she would work on it.
​
But it is plain to see how hard this was for Susan.
How foul the words were for her.

Susan passed away 7 years after this interview;
the interview to end all interviews. 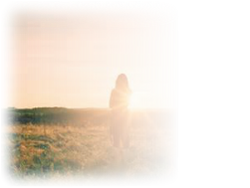 The question remained;
Was Susan ever able to find forgiveness for him?

Do you think there's an answer to that question,
or is it a question best left unanswered?

Let us suppose the answer was 'no',
that Susan was never able to find forgiveness.
No one would ever fault her, or blame her,
but it would mean Susan continued
an internal struggle with something she had worked so hard
​ for so many years to move beyond.
It would mean there was something in Susan's life
that does not go very well with Christianity;
unforgiveness.

In the simplest, and least complicated terms,
as Christians,
we are supposed to forgive.
It's expected of us.
The Bible instructs us to forgive as the Lord forgave us.
"...forgive, and you shall be forgiven" (Luke 6:37).

We do so by faith, but it can take time.
If anyone knows what is expected of us as Christians,
Susan did. 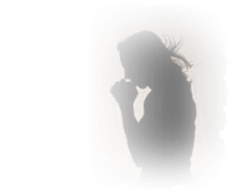 Let us suppose then, the answer was 'yes',
that Susan was able to find forgiveness.
It would mean Susan spent much of her time
struggling with how to,
as can plainly be seen in the interview,
thereby continuing to suffer,
as we know damn well it would have been a decision
that did not come easy for her.

Forgiveness has to be genuine.
To just merely say the words is not enough.
God is no fool;
He knows when we are lying.

This, in turn, created a struggle within a struggle, if you will, for Susan,
as if there were doubt, or lack of faith.
And don't think Susan didn't suffer that in her heart.

No one knows what that was like for Susan,
except Susan.

Whether Susan's answer was 'yes', or whether it was 'no',
Susan continued a battle with something that is unconscionable to us.

In the interview, Susan did not wish to talk about her past to begin with.
Susan agreed to do the interview because she wished to talk about
the power of redemption through Jesus Christ,
and what was going on in her life at the time.
But apparently they never got to it.

We know how strong and courageous Susan was;
do you believe Susan was ever able to come to a decision?

SusanDenise.net knows Susan found forgiveness.
We know it in our hearts.
​
That's how big Susan was.
How small so many of us are in Susan's shadow.

It is said that, to forgive, is to set a prisoner free,
and discover that the prisoner was you.

Susan's love for God,
​ and her relationship with Him,
was her strength,
​and her illumination.

Think about what Susan faced,
​ and what she overcame.

Think about it hard. 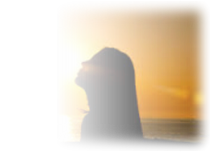 It's amazing, isn't it.
It's a gift from Susan.

It's the lesson of forgiveness,
and it's a gift for everyone.

You didn't know Susan was a teacher, did you...