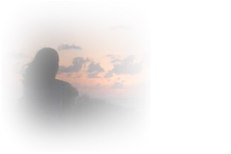 What follows is dialogue spoken by Susan
in various news film clips.
All are from the 1969-1971 period,
​unless otherwise noted.
​
A new entry may be added from time to time,
but may not necessarily be the first entry below.
Newer entries may be connected chronologically
to previous entries, so we try to keep those together,
but that's of little importance.

We provide them for informational purpose.
Draw from them what you wish.
Here's what Susan said...

The following is from a news film clip where Susan and her attorney
were walking outdoors escorted by guards.
As Susan approaches the building,
she is visibly dumbfounded by the mob that awaits her.

Susan and her attorney are literally mobbed by the reporters,
as the mob fires questions at them.
It's amazing Susan was able to move
with the battery of cameras and microphones in her face.

Because Susan and her attorney were
being bombarded with multiple questions in rapid succession,
they couldn't possibly answer each one.
Many questions went unanswered.

The scene is ridiculous;
the bombardment of reporters
​ upon Susan and her attorney
is like cockroaches battling for crumbs.

Here are the questions that
Susan and her attorney did respond to.
This was going on as they were buried by reporters while
trying to make their way into the facility:
("Reporter" represents any reporter who asked a question)
Reporter: "Richard, may we talk to you and uh, Miss Atkins for a moment?"

Reporter: "Miss Atkins...Mr. Caballero, can she talk at all?"
​
Susan's Attorney:  "No she doesn't wish to talk about it now"

Reporter:  "Are you still her attorney, Richard?"

Reporter: "Ah, what uh, was the conversation about with, uh,
(named defendant)?"

Susan: "He said I look good"

Reporter: "Did he look good Susan?"

Susan: "Sure, he always does"
​
Reporter: "Are you going to testify uh at the trial?"

Susan: "I don't think that's any of your or anybody else's business"
​
Reporter: "Is Mr. Caballero still your attorney?"

Susan: "As of the moment yes"

Reporter: "Do you have plans for later?"

Susan: "I have no plans I don't make plans I just do what I do"

Reporter: "What was (named defendant's) advice to you today?"

Reporter: "When are you going to see him again?"

Susan: "Your guess is as good as mine"

Susan: "(Named defendant) does not command anybody to do anything he never has"
​
Reporter: "Well what's the outcome of this meeting?"

Susan: "It was a pleasant visit"

Reporter: "Was that the purpose of the meeting to begin with?"
​
(at this moment, Susan does a "flitch"
with her eyebrows, as though she can't believe the question)

Susan: "Your guess is as good as mine!"

Reporter: "Well we're getting an awful lot of guesses"

Reporter: "Did the meeting come out the way you wanted?"

Susan: "I didn't want it to come out any way other than
the way it came out"

Reporter: "Do you plan to see him again Susan?"
​
Susan:   "I hope so"
~
In this clip, Susan is exiting the courthouse escorted by guards.
She is bombarded by reporters,
cameras and microphones in her face.
Susan is walking towards a sheriff's vehicle parked at the curb.

Multiple questions are being fired at Susan all at the same time.
Here are the questions that Susan responded to:
Reporter:  "Susan would you answer a couple of questions for us?
What did you think of this morning's proceedings?"

Reporter:   "What about (named defendant) Susan?"

Susan:     "I think she's awful pretty"
​
Reporters:  (many questions at the same time: indiscernible.
but Susan heard one of the questions, and this was her response:)
​
Susan:     "I don't fear for anybody's testimony"
​
Reporter:   "Do you think (named defendant) should have a news conference?"

Reporter:   "Would you like to have a news conference Susan?"

Susan slides over to the other side,
looks out the window, and waves.
Susan is wearing a very short mini skirt.
The door of the sheriff's vehicle is slammed closed,
and the vehicle drives away.
~
In the following news clip, a sheriff's car pulls up to the curb,
and Susan emerges from the car assisted by 2 officers.
The officers escort Susan into the Santa Monica County Building.
Next Susan and her attorney are seated facing us:
Reporter:    "Now that all this is over can we ask you uh how do you feel?
(Susan doesn't respond. Her attorney says something to her
that is indiscernible.)

Reporter:    "Are you relieved or remorseful?"

Susan's Attorney:  "We don't wanna go into any of that right now"

Susan's Attorney:  "We don't wanna go into that now"
​
Reporter:     "What can you tell us?
Can you tell us anything about uh this matter?"
​
​ Susan's Attorney:  "No all of that will come out in the, before the
Grand Jury probably, and also in further investigation
and talks that we have"
(Susan has been looking at her attorney as he speaks,
and at this point, for a moment, she smiles)

Susan:     "Uh, I request to see doctors and the requests
have been handled off and on"
​
Reporter:     "For what reason have you consulted the doctors?"
Susan:     "Uh, physical disorder"