The following is from the introduction of
The Dove's Nest Newsletters
A Collection of Christian Newsletters,
by Susan Atkins-Whitehouse.
This introduction is by Susan's husband, James;

"...And I told the story about how a year or so after starting
the Newsletters, Susan was given an incredible opportunity from a
young woman in New Jersey who was a pioneer in working with the internet
and creating websites.  She was a Christian and had been writing Susan for several
years and she offered to make a website for Susan to advocate for her release.

But Susan told her she'd only agree to having a website if the site
was a Christian site dedicated only
to passing on the Word of God.
Susan didn't want an advocacy site.

The result was a website called "The Dove's Nest."
It was created in 1997 and continued well until 2007.
It received numerous awards both for web creativity
and for Christian content, and this was a testament both
to Susan's work and the incredible dedication and talent
of her friend in New Jersey."

Susan composed an introduction to her website in September 1997.
The introduction is reproduced in her works
The Dove's Nest Newsletters
A Collection of Christian Newsletters
in the original type face in which Susan typed it.

Susan's introduction is a beautiful piece,
unmistakably written by Susan.

Susan's introduction to her website should be read in it's entirety
​ to be appreciated, and for continuity.
Here are a few excerpts from her introduction.
(The items that are bold are as it was originally written by Susan).

"As I sit here in my cell writing this to you,
whosoever you may be..."

"When I was a young woman, before my incarceration,
there were lots of messages givers out in the world.
Pretty much the way it is now.
Growing up I had heard the message of Jesus Christ,
but hadn't really heard it,
nor did I pay very much attention to it..."

"Since I'm an expert, based upon my experience,
of having been decieved [sic] by those who claim to be
far more than they were.

I can assure you that it is more than comforting to my soul,
to have been blessed to finally hear the truth,
to accept the truth, which is not a piece of information
based upon any message, but clearly is the
Person, Jesus, the Christ, the Anointed Son of God.
And not to just hear the TRUTH speak to my heart,
but to accept Him into my heart,
and to be given such an awsome [sic] opportunity
such as the Dove's Nest, to share this incredible
Good News with you..." 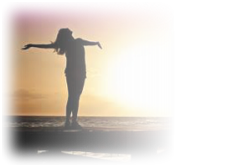 "...There is a genuine, authentic, real message,
it's not mine, it's not exclusively anyone's.
It's God Almighty's message to humanity through
the Person of His Son, Jesus Christ.
It is my hope and sincere prayer,
that you will at the very least,
investigate what He had to say.

If you don't have a bible, get one,
and read the Gospel of Saint John.
It's a good place to start..."

' Sincerely, I remain, your faith-filled sister in Jesus,
the anointed Son of God.