What inspired Susan to begin writing her newsletters
is a wonderful story. 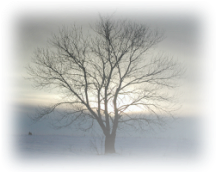 The Administration then seemed to indicate
it was my notoriety
that was their true primary concern.

It seems as though the Administration
has 2 sets of rules -
one for all other inmates,
and a separate set for me"​

In her writings,
Susan tells us of how she had reproductions made
of some of her paintings and placed for sale.
Susan says she rejoiced in how she saw many staff
and people from the public purchasing the prints,
with stories of how they would be brought to
youth groups, victims and offenders reconciliation programs,
high schools, and youth ministries. 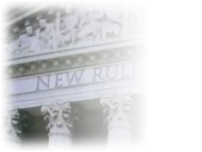 This was after Susan cleared all legal channels
​in order to do so.

Susan tells us that one afternoon in April,
officials had come to her cell,
and confiscated her unsold cards and prints.
Susan was told by the officials
they "weren't sure" if
​she was allowed to do this.

Susan goes on to say that sales like this
had been going on in the institution
​for at least 3 years
before she participated,
but the officials are not sure
if SUSAN is allowed to do this.

The officials informed Susan they would get back to her.

As of Susan's writing of this newsletter,
almost a month had gone by since the
confiscation of Susan's materials,
with no word to Susan as to
​ any decision being made.

"...I know some people have sent requests to the
Hobbycraft Manager to purchase my cards and prints.
She indicated to me that she has been told
to do nothing except turn the requests over to the Administration.

This means that I don't know if the requests,
along with the money orders,
are being returned to the senders or whether
they are just being held by the Administration.

I don't know if the people are being informed
by the Administration as to why their requests are being held or not.
And I'm not even being told who has sent in requests,
so I can't even contact them and apologize for the delay.
I'm in a position now where I can't even tell you
what the outcome will be.

Every time I think about this trial
​and test of my faith,
I sense in my spirit that
I'm simply to wait on the Lord for now"​​

This statement from Susan
is clearly demonstrative of her faith,
​and her strength.

Susan then quoted a verse from the Bible;

'I would have fainted, unless I had believed
to see the goodness of the Lord in the land of the living.
Wait on the Lord: be of good courage,
and He shall strengthen thine heart:
wait, I say, on the Lord'
Psalms 27:13-14​

​"...It all seems so unreal to be told by the Administration
that I can't do what their rules and regulations say
I have a right to do,
especially when what I am desiring to do
is to be of service to the community"​
In her next paragraph
Susan wished to continue 'on a lighter note',
and she tells us of how she started
CIW's "Toastmasters Club",
and also spoke of the Breaking Barriers
with Jesus Christ Program.

Within the last paragraph of this newsletter, Susan said
"Lord willing, next month I'll have a favorable report to share
with you about the confiscation of my cards and prints"

Susan calls it
'The Susan Atkins Rules'
​
Susan spoke more of Breaking Barriers.
Susan also spoke more about the confiscation of her materials.

​Susan says she was told that the permissions
she was originally given should not have been,
and officials continued to give her
​a hard time about it;
(these are not Susan's words;
​it's what's evident.)

What follows are Susan's words;

"...The truth is that I was given permission to sell them
and later someone in the administration decided perhaps
they should be pulled from me and held until someone
in Sacramento (?) could decide if the person who authorized
me to sell them did the right thing.

Unfortunately this is a recurring pattern in the
California Department of Corrections.
​
Though it would be illegal for the CDC to officially state
that I cannot enter authorized programs,
there are many programs which I have been
unofficially barred from participating in-
either my application gets lost over and over,
​or my name keeps getting dropped from the waiting lists,
or the qualifications for the programs are changed
after they find out I've applied to participate,
or as in this case, if I participate
​they threaten to close down the entire program..."

"...the program and procedure for selling cards and prints
had been in place for over two years prior to my
involvement and no one in the Administration questioned
it until I participated.

The true shame, of course, is that these programs are
Community Betterment programs-
programs which serve a purpose
to the community
outside prison, either by contributing
to programs outside the prison
walls, or by helping to treat women
in here for repeat offenses so they
can break the cycle of behavior that
​ keeps bringing them back,
or by encouraging young people to avoid the traps
which lead to prison.

It's now been over three months
and no one in authority has said anything to me.
As soon as I am advised of their decision
​I'll share it with you"

Susan's next paragraph was about her interview
with the television journalist.
​
Susan wrote 2 more newsletters after this one.
Susan never mentioned the confiscation of her materials again.

Susan closed this letter
"Until next time, may the Lord guide your heart
and draw you close to His Heart"

As we follow on Susan's vapor trail,
we hold on tight as Susan soars higher than ever.
​We will follow Susan anywhere. 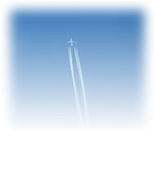 This is not to imply it was easy for Susan.
We know it wasn't.

We are fairly certain this is not what
the California Department of Corrections had in mind.

Whatever the plan was,
it obviously backfired...
​(All quotes are from
The Dove's Nest Newsletters A Collection of Christian Newsletters
by Susan Atkins-Whitehouse)