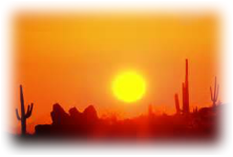 Susan makes note in her works that she only has her own personal perspective
of these events to draw from, and what was going on around her.
Susan also tried to piece together many of the details from
the prosecutor's account.
Susan goes on to state she has excerpted
and paraphrased as follows...

"On the night of October 9,
officers from the California Highway Patrol,
the Inyo County Sheriff's Office,
and National Park Rangers assembled near
Barker for a massive raid on the ranch,
to commence the following morning...

...there was still another lookout post,
a well-disguised dugout,
its tin roof hidden by brush and dirt,
​ on a hill south of the ranch.
The officers had almost passed it when they saw a girl emerge
from the brush, squat, and urinate, then disappear back into the bushes.

While two officers covered the entrance with their rifles,
one climbed above the dugout and dropped a large rock on the tin roof.
I was one of three women inside.
We all rushed out to be met by pointed guns and handcuffs"

On this day,
Susan was arrested.
Susan never saw the light of freedom again.