During Susan's 2000 parole hearing,
Susan was permitted to make a statement regarding
her suitability for parole.
Here is Susan's statement~

Susan: "I've studied the charges that I overcompensate because of feelings of guilt
over my inability to do what was right 31 years ago and over my
passivity, my personal passivity, in the face of what I knew was wrong,
and because of the blessings that I had been given and a second chance in life
when the death penalty was overturned in 1972 then when I accepted
Jesus Christ as my personal savior in 1974.

I've tried very, very hard over the last 3 decades to pay back to society
for my crimes to any extent possible.  With these attempts comes the
realization that I could never undo what I was a part of and that
any repayment to society will never erase the pain that these crimes
created.  And yet that realization does not excuse me from the
responsibility of continually trying.

If in the past I have been accused of trying too hard to overcome this debt,
or showing too exaggerated an effort of overcompensating for my past,
then that is a criticism that I accept and I am proud of.

I have learned that the true sign of remorse is the determination to do
what is right even despite difficulties.  This is never more true then when
the debt is one that is impossible to fully repay.  I continually work to
repay this debt, not out of any delusional hope that I will ever be free of it,
and not out of any delusional hope that it will ever release the victims
families of their pain..."

At this point, the commissioner interrupts Susan for a moment
instructing her to direct her comments directly to the panel.
Susan says, "yes sir", and continues with her statement...
​Susan: "...but out of the conviction of this is what is right.
I have learned that character means doing
what is right despite the seeming impossibility of
the task and despite the realization
that people will doubt my sincerity
​          and despite the realization
that people will criticize me for my efforts.
If I had understood that 31 years ago,
I wouldn't be here today.

To stand up against the grain of a prison environment
and to take a stand for the right thing is not easy.
In fact it's much harder to stand up for
what's right in here than it is on the outside.
And that's what I've done for over 31 years and
I will continue to do that, to stand up for what is right.
​
To help those in need, to aid and encourage those unlucky enough to find
themselves here so that one day they may leave and become successful members
of society.  This is the only way I know of that I'm able to make amends.

The responsibility for making amends is mine, without causing further
suffering to the families of those who have already lost so much.
I don't have to make amends just to the victims or the victims families.
I have to make amends to our entire society. I didn't just sin against the
victims of their families.  I sinned against God and everything that this country
stands for.  My amends come in doing the right thing every day of my life.
And I have chosen to live my life in such a way as to honor my Lord and savior
Jesus Christ for what he has done for me.

In California Penal Code section 3041.5b2b states that the board may give
5 year denials if they find that it is not reasonable to expect that parole
would be granted at a hearing during the intervening years. At my last hearing,
the board gave me 4 years. They could have given me 5 if they thought it was
not reasonable to expect that I would be granted parole today, but they didn't.
Which means that the Board of Prison Terms and Parole in 1996 expressed to me
that it was not unreasonable for me to expect to be found suitable for parole
today if I did what they told me to do.
​
I have done everything that the BPT
asked me to do at my last hearing.  In fact, I went back and I looked at all
of the 18 BPT hearings I've had in 31 years that I've been here and I have
done everything the BPT has ever asked me to do to the very best of my ability
and with the sincerity of my heart.

Beyond that I've made sure that
these last 4 years I have spent every available hour﻿
I had contributing my time
and my energy and my heart to acts which
serve the outside community and the community here in prison
which glorify God,
​ and I haven't just given you lip service,
I've presented you with documentation proving that. 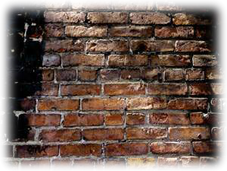