Susan's father was interviewed again in 1971.
We join that interview in progress- 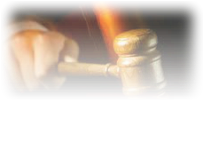 Susan's father: "Our courts are too lenient, and the result of that leniency is
what her situation is right now, and those other girls, and Charlie.
I don't know Charlie. At times I have felt if I ever got
my hands on him I'd kill'm, but that's not an answer either.
​
I don't know what to say except: let's take law enforcement
and let it do it's job, do it properly, and let the courts back them
up because if we bring them in on charges where they have broken
the law and then turn them loose, they finally end up as Susan did.

Susan's father: "No, none whatsoever.  She was there.  She was involved.
I am not protecting her from what she has done.
I would like to see her made well again.
​
She may never be made well, but I'd like
society to try to make her well again and I would like society,
our government, the people in it, to get out, talk about it,
move towards it, stop this drug thing because it's destroying
a whole segment of our society"