In Memory of Susan Denise Atkins-Whitehouse

Table and Chair
​
As we learned in our previous chapter,
special housing was constructed for Susan
and her former associates.

What follows is a newspaper article,
from the same publication,
​of April 1971,
of an issue that was published 3 days before
the article we just read previously.
​Different spellings are as they were in the original article;

"California is building a 'death row'
for women to house the three young women
under sentence of death for their part in the
Tate - LaBianca slayings,
​United Press International reported.

An isolated, six-cell unit
​is being added to the one storey reception centre
at the California Institution for Women near Frontera
for Miss Susan Atkins, 22,
Miss (name), 21, and
Mrs (name) 22,
convicted in the..."
"The three women will be formally sentenced
to San Quentin's gas chamber next week in Los Angeles.

​When they will be transferred to the prison is not known
because of their possible involvement in other trials
stemming from crimes of the (named defendant) clan.

The State Department of Corrections
said the remodelling necessary for the 'death row'
​would cost about $ (dollar amount)
​and would include heightening the wire fence around the area,
​ building a concrete wall around
a tiny outdoor recreation area,
isolating the six-cell unit from the rest of the building
​and reinforcing the cells. 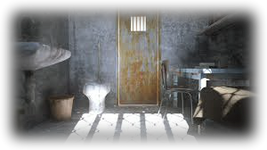 The article continues;
"The 'death row' will be staffed
by one male and five female security officers,
a department spokesman said..."

"'..We picked the reception centre because it was best
suited for maximum security', the spokesman said.
'We have no such facility now'

The (name) 'family' girls will be joined by another woman,
Mrs. (name), who was sentenced to death
for the..."

​"...​The department official said there would be
virtual isolation for the four women until
'we see how they will react to one another
and staff and whether they can
get along with one another"'