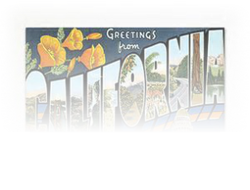 Interview with the Attorney General

The Attorney General of California was interviewed.
Here are segments of that interview-

(The Attorney General was surrounded by
reporters during this interview, and was
asked different questions by different reporters.
"Reporter" represents any reporter
that asked a question.)
Reporter: "As the chief law officer of the state, there's been many
comments about the length of this trial, that you have [sic] anything
to say about that?"

Attorney General: "It's outrageous. I mean of course, I'm not, that's no
criticism of the judge, he's doing everything he can to control it,
but again, without reference to this case, our system
is deteriorated to the point where the trial of a criminal case
is more like a circus than it is a judicial proceeding and
I've said and will continue to say we have to perform
major legislative surgery on the system or it's gonna collapse"

Reporter: "Mr. Younger, what do you have to say about
this morning's testimony?"
​
Attorney General: "Well most of the questions addressed to me involved the meeting
which was held in the District Attorney's office
on December 4, 1969.  The meeting was attended by members of
what was then my staff and the District Attorney's office and by
attorneys representing Susan Atkins.  At that conference a certain
agreement was reached with respect to what the prosecution
would do in certain circumstances.  Immediately after the conference
was over I asked (prosecuting attorney)
​                      to prepare a memorandum covering the
conference, he did so, the memorandum was prepared and is now
in evidence.  And if you gentlemen would like a copy you may have it" 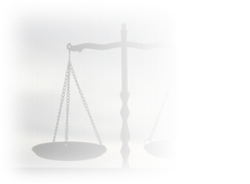 Attorney General: "I testified to that in court this morning and uh, I'm not
certain whether the judge is, would consider my repeating my
testimony and that, to that question as proper or not so out of an
abundance of caution I won't answer it but I will invite your
attention to the transcript for I did precisely answer that question"

Reporter: (indiscernible, many reporters talking at once, then)
"...that your office in any way violated the agreement
that it had with Miss Atkins and her attorney?

Reporter: "Why?"
​
Attorney General: "For reasons I stated in court in the last couple hours"
​
Reporter: "Do you feel that Miss Atkins was not telling the truth?"

Attorney General: "Again, I answered that very precisely from the stand, and
you'll have to forgive me, I don't want to get involved in any argument
with the judge over semantics. It might be argued that since I
testified in there I ought to be able to repeat it now but I'd
prefer that you refer to the transcript"

Reporter: "It's always been a practice, Mr. Younger, it hasn't been considered
a violation of the gag order"
​
Attorney General: "Well I probably might be subjected to a little more strict
interpretation of the rules under the circumstances and that's a,
so long as I did answer it all on the transcripts why I think
I won't again"

Reporter: "Do you feel that your questioning, that your answers
were rather evasive?"

Reporter: "At the time of the Susan Atkins confession and the publication
of that confession in the Los Angeles Times did you make any
effort to find out how the Times had gotten a hold of it and then
printed it in light of the fact that you were the county's
chief law officer and the gag rule had, and the gag order had been
issued by the court?"
​
Attorney General: "No sir it was not my gag order. I uh, I didn't make any attempt
to find out how the Times had gotten it, and again as I explained,
I've explained this many times
this has no reference to the present case.

One of the troubles with a gag order is a judge can write any kind
of an order he wants to but a defendant in a murder case is not
gonna pay a blessed bit of attention to it. What are you going to do
to a defendant who's being, who's uh, who may be sentenced to the
gas chamber, say to that defendant "Since you talked
to a reporter I'm gonna give you five days in jail for contempt"?
​
I'm speaking not with reference to this case
but with reference to gag orders generally,
so when the story of this defendant
was printed in the Los Angeles Times, big deal! Who was surprised?
​
I uh, we all anticipate that at some point a defendant in a
major case is going to talk to reporters and there's never been
anybody yet figure out a way to prevent it. And I'm not even sure
you know, even if you think it's a good idea to prevent it,
there's no way to do it"
​
Reporter: "Mr. Younger what is, what was the policy, and what is the policy
of the District Attorney's office regarding the death penalty
in the Tate / LaBianca trial?"

Attorney General: "Well the District Attorney, when I was District Attorney,
was seeking the death penalty and apparently still are"
​
Reporter: "Mr. Younger do you think that Miss Atkins' story in the Times
as you know it based on what you understand is more closer
to the truth then what happened in the Tate / LaBianca case
and what she told the grand jury?

Attorney General: "I haven't read her story in the Times
I don't know what she says there"
​
Reporter: "Nowhere on the manuscript or the account, what you heard or..."
​
Attorney General: "Right, I have not read it and uh,
so I couldn't answer your question"

Reporter: "Mr. Younger were you personally responsible for both
decisions regarding Susan Atkins that came out of
the District Attorney's office?"

Attorney General: "I approved both, in that sense I was responsible for
both of them, yes sir"

Reporter: "Can you tell us what the arrangement was, Mr. Younger"

Attorney General: "I'll give you a memorandum"

Reporter: "Would you do that please"
​
Attorney General: "Thank you, it very clearly spells it out and this is in evidence,
you can all have a copy of it"

Reporter: "On the question of competence..."

Reporter: "Well wait a minute let him answer the question" 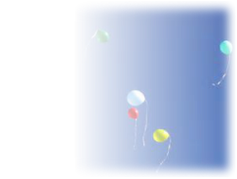