We Want To See

In August of 1970,
NBC News broadcast what follows.

A studio anchorman tells us
"...The case has since become a bizarre national and international sensation,
attracting the attention of everyone from President Nixon,
to the curious people who sit in the courtroom
where the case is being heard..." 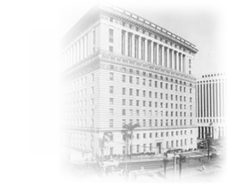 Later in this news report,
we are in the hallway of the courthouse,
and we see the people in line
waiting to be admitted into the courtroom.
​
Some are seated in chairs along the wall,
some are standing, some are talking,
as we hear a reporter's voice-over say
"...Instead, people who are curious about the Tate murders go to
the Los Angeles Hall of Justice,
where they wait in long lines for the chance to witness
the trial of (named defendant)
​ and the three girls accused of the five killings.

Some people are so interested that they get to the courthouse at 4 a.m.,
6 hours before the court convenes each day.
Most of them are young.
Some travel hundreds of miles,
and many of them come here because they want to see for themselves
what (named defendant) and his girl followers are really like"
A waiting seated man, who appears to be in his 20's,
is interviewed;

Man : "I'd like to see whether, what I read in the papers about it,
and what I see, are the same thing"

Reporter: "Whaddya mean?"
​
Man: "Well I hear about all these things that are happening in there
and I'm not so sure that they're true, so I wanna see"

Another waiting seated man, also in his 20's,
is interviewed;

Man: "Yeah, everybody's making a farce, the lawyers, the D.A., you know,
it's really absurd"

Reporter: "And you're willing to sit 3 hours or so to go in and watch them do this?"
​
Man: "Yeah, I have nothing, you know, nothing better to do.
It keeps me off the streets" 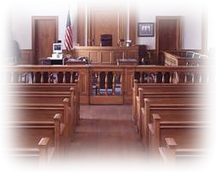 As we see more people waiting in line,
the reporter's voice-over continues;