​In Memory of Susan Denise Atkins-Whitehouse​ 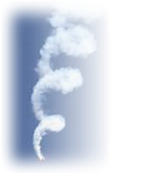 An NBC News film clip from June 1970
has Susan and her former associates
in the Hall of Justice in Los Angeles, California.
This film clip is a travel shot with those
visible on screen walking toward the camera.

We first see Susan's former associates.
They are leading the way,
and are dressed in charmeuse-like mini skirts.
We can hear the clicking of heels upon the floor.

To their right and slightly ahead is a female guard.
To their left and slightly behind is a plain-clothes man.
They have just exited a corridor,
and we see them turn right into the next corridor, heading toward us.
They are well lit by the camera lights as they walk.

Some distance behind them we see other people emerging from
the same corridor on the left
​ as they make their right turn into the next corridor as well.
​
Their entrance into the shot defies description.
The camera lights do not quite reach this group.
They are in the shadows,
and identification is unclear at the moment.

This scene,
​ and how it was filmed,
​is something to see.
The camera work is brilliant.
​
Still some distance behind the first group,
​but drawing closer to the camera,
the center person is likely Susan,
also dressed in a charmeuse-like mini skirt.
To her right, a female guard.
To her left, a male guard.
​
She is walking with her arms folded,
​ as though with authority.
Because of the low lighting at their location in the corridor,
this second group of people seem to emerge out of the shadows
​​as they get closer to the lights.

The traveling camera now holds it's position.
The leading girls pass the camera to the right,
as does the guard, very close to the camera.
They stop walking at this point.

The camera pans leftward.
We can now clearly see Susan
as she approaches ​from the left.
​​Susan smirks as she looks at her associates
while walking toward them.

They turn to look at Susan,
​(though we can only see that slightly),
and we can hear them as they begin laughing.
Susan, at this point, with her arms
still folded,
​ also starts to laugh heartily.

However,
the guards visible on screen are not amused...

(Please note that depending upon your media source,
the clip you view may be without audio)