Interview with the Reporter

A well known and respected reporter for a global news network
was in the courtroom during the trial
of Susan and the others
early in the reporter's career.

The reporter was interviewed years later,
and she spoke about what she observed in the courtroom.
What follows are excerpts of what this reporter said.
​
(We have only included some of what was said directly involving Susan.
The entire interview and subject matter was, of course,
much more involved and complex than what you see here) 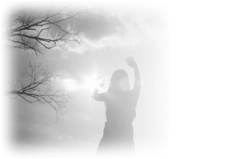 "...The girls were uh, the girls, and (named defendant),
were out of control during the trial.
It was my first big trial as a very young reporter,
and I thought,
"Oh well, I guess at all trials they jump up
and start yelling and screaming!"
No, they don't!"

"For much of the trial (named defendant) and the girls
were not even in the courtroom.
They had to be taken to an anteroom to listen by remote feed,
because they could not behave themselves in court..."

And they were just girls then,
they were very young.
At one point they started chanting a Japanese chant
that goes with some religion,
they tried to interrupt the trial as much as they could.
​
When (named prosecutor) was giving his final argument,
​Susan leaped up and pushed his notes off his podium.
Uh, it was, they were not quiet!
And in the penalty phase it all fell apart basically..."​

..."On the day of the Los Angeles earthquake,
February 9, 1971,
the girls called him in,
(their defense counsel),
and told him they had decided to confess.
This was during the penalty phase.
​
They had gone through an entire trial claiming they were not guilty.
They had been convicted, and now they wanted to tell their stories.
It's assumed that (named defendant) told them to,
because by telling their stories
they said that they were guilty and he was not.
​
That was their theme.
And so each of them took the stand,
and they told the most
​ harrowing stories of what happened..."

"...They will never get out of prison most likely,
I can't say never.
​ Never say never.
But it seems like never with these people.​
The killings were too horrendous,
​they were too famous.
​
It may be that elsewhere in the world somewhere
there has been a killing that's been worse,
but we have not seen it splashed on the front pages of our papers,
or seen it repeated on television over and over again.
​
They are the most famous killers behind bars right now,
and to let them out would be
​ to bring on a new wave of publicity.
They would not be free anyway,
​ because they would be followed constantly,
by, probably by detectives and by the media.

They're now older women.
They could have, some semblance of a life on the outside.

There's no question that they've been rehabilitated,
that's not even a question.

....even Susan Atkins went to college in prison.
They have done work in prison to help other prisoners,
they've done everything they can
​ to show that they are ready for the real world.
​
But it doesn't matter,
because no one is going to forgive them..."
home
Proudly powered by Weebly
Susan denise