​
​
In Memory of Susan Denise Atkins-Whitehouse

The person who served as the jury foreman
during the trial of Susan and the others
was interviewed in a press conference
​ in a KTLA film clip.

The film clip is unedited,
cut numerous times throughout,
and often seems incoherent.

We are in a press conference outdoors
on the grounds of the Ambassador Hotel in Los Angeles.
It's a sunny California day.
​The trial jury foreman, a grey haired man,
stands at a podium with his wife at his side.

We see many people seated facing the jury foreman.
Most are taking notes, some are talking,
​some are just looking around.
Many are standing.
There are many cameras about and movie cameras rolling.

There were several reporters asking questions of the trial jury foreman,
distinguishable by the different voices.
In what follows,
"reporter" represents any reporter that is heard asking a question.
We join the press conference in progress;
Jury Foreman: "Well I figure there they were just...., flamboyant about the
whole thing there, they didn't seem like they cared one bit about anything.
That they were just ridiculing the judge and our court and our laws,
and I didn't think it was proper for them to act that way"

Reporter: "Do you think that was an influence in reaching a decision?"

Jury Foreman: "No, not necessarily, no.
Our influence was mainly from the witness stand..."
​

​The camera zooms in on a few people as close as their writing pads,
and we see note-taking, and fiddling with writing instruments.
We also see the news cameramen.
We view the scene from several different angles as the
view cuts from one angle to another.

After a few moments, we hear...
​
Jury Foreman: "...you mean financially?"
​
Reporter: "to make a deal for an exclusive interview with..."

Jury Foreman: "Well I'm not makin' no deal with anybody"

Reporter: "You know of it don't you?"

Reporter: "Well we have substantiated fact he was talking to an
attorney before the trial was over about making a deal.
This could jeopardize not only the jury's verdict
but perhaps the whole trial.
Do you have anything to say?"

At this time,
the trial jury foreman seems concerned about the question he was just asked.
He turns back to his right to consult with someone,
which only takes a second.
Jury Foreman: "I have no knowledge of that.
I we haven't got no knowledge on that"

Jury Foreman: "Of the fact that you say that he..."

Jury Foreman: "Not a thing that I know of,
I haven't heard'em make any comments at all"

Reporter: "Did he ask the jury or suggest to the jury
that there was some money to be made if you all stayed together,
and you offered your story together?"

Jury Foreman: "That was after the penalty phase?"

Reporter: "Did he ever make that statement? 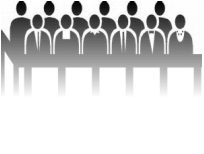 Jury Foreman: "Oh that was made after the penalty phase was read off,
after we handed the verdict to the judge,
after it was all over with"

Reporter: "And then what did he say?"

Jury Foreman: "Well he mentioned something about, oh, about if we
all stuck together there that it could be making a package deal
to capitalize on it"

Reporter: "What was your reaction to that?"

Jury Foreman: "My reaction to that there?
I didn't think it was right"

Jury Foreman: "Huh? Why?
I believe that there, I'm rewarded my way there by doing God's will
that I was there, I mean it was God's will that I was
performing a service and it was my civic duty to society,
and justice was served"

Reporter: "Did (named person) continue in his effort
to bring you all together..."

Reporter: "In other words you said that you found the idea of this deal
that you talked about objectionable, my question is,
why did you find it objectionable?
Did you give anyone your version of what went on at the trial
(indiscernible) what was your reason there?
Did you have a, some kind of legal or moral responsibility?

Jury Foreman: "No, no, I look at it (indiscernible) there that my purpose has been served.
I mean I served my purpose to society. And that was my,
it was my civic duty there and I'd say (indiscernible)
it's all over with now and I wanna forget it!
Reporter: "(Jury Foreman's name), are you under any restraint about
making a deal now for yourself or for putting together a package
of the jurors to sell?

Reporter: "Do you have any objection to doing that if
somebody approached you properly?"

Jury Foreman: "I don't see no sense in it. I'm serving God.
I mean I'm serving society and that's the way I look at it.
I don't, I'm not looking for any finances or reward.
My reward is that I already done my duty" 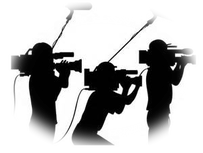 The press conference continues...
Jury Foreman: "No, we had no hardships about reaching a decision.
There were discussions, there were problems
that came up there but that..."

Reporter: "What was the nature of the problems?"

Jury Foreman:  (The jury foreman pauses for a moment)
"Well we had a lot of the facts taken, uh kept away from us
and we just had to go by what was coming off of the witness stand"

Reporter: "By having the Times taken away from you,
you mean you weren't allowed to view the transcript (indiscernible)

Jury Foreman: "We didn't know anything about the transcript.
I'm speaking for myself.
I never knew there was even a transcript about there
for the uh grand jury"

Reporter: "Aside from your own memory then during the trial
(indiscernible) the other jurors"
The film is cut here.
Once again, with careful listening,
​a hushed voice can clearly be heard saying, "Cut now."​

Reporter: "Did you feel any threat at all or have you been threatened?"

Reporter: "Have you had any phone calls, notes, or anything else?"

Reporter: "(Jury Foreman's name), one of the jurors has gone on record
on television say that during..."

Reporter:  (Indiscernible, many reporters speaking at once)

Jury Foreman: "Would I do it all over again?
If it was God's will yes I would"

Reporter: "But you have no regrets for almost a year of your life
away from your family your friends, do you feel that
being deprived of this was worth your civic duty?"

Jury Foreman: "Yes it has and I have no objection to being sequestered
all over again if I had to be"

​      Reporter: "Do you think it's necessary (indiscernible as the jury foreman
answers over the question)

Jury Foreman: "It wouldn't change any individual's outlook on giving a proper verdict"

(we hear some chatter near the microphone
recording this event).

Reporter: "Do you think they could have been swayed by the publicity?"

Jury Foreman: "I think so yeah I believe that's true of anybod, of any case" 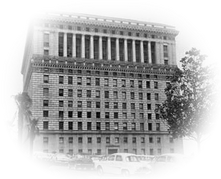 Reporter: "Did anything occur when you were released..."

The film is cut here.
The first part of a reporter's
next question is part of that cut.

The film resumes with the last part
of the reporter's question...
Reporter: "...held it up?"

​Jury Foreman: "Well it held it up and then I think (named defense counsel)
done a good job.
I mean it helped (named defendant) on that case"

Reporter: " Did the jury have any idea that (named defense counsel)
might have fallen a victim of foul play?"

Jury Foreman: "No we thought well maybe he just took off and was just
taking a vacation maybe delaying the case.
Of course it kind of upset us there 'cause we didn't see why
anybody should be taking a vacation when we were being sequestered"

Reporter:  (Indiscernible, many reporters speaking at once)

Jury Foreman: "No it hasn't"

Reporter: "Did you at any time think that he might be dead?"

Jury Foreman: "There was speculation on it yes"

Jury Foreman: "It didn't help'em any"

Again the film is cut and then resumes...

At this point in the film,
the constant cuts have become annoying.
We wish we knew what the
trial jury foreman thought was amazing.

The incoherence of the film at this point is disconcerting,
only pieces of questions and answers are discernible.
Reporter: (beginning of question is cut) "...death or life,
had you had the choice of a lesser sentence,
maybe even life with the possibility of,
without the possibility of parole,
​                   would that have made it easier for the jury to reach a..."

The film is cut again and again.
We hear people talking, asking questions,
but no sentence is complete because of the cuts.

However,
we can hear a female voice tell the trial jury foreman,
"(Trial jury foreman's name), he was the leader",
and he then responds to that.
But we are in an audible incoherent mess.

We move on to what is clear...
Jury Foreman: "I can't see no possible way of him gettin',
of any of 'em gettin' an appeal"

Reporter: "In other words their retribution for what they did"

Reporter: "That would be the only point of their execution" 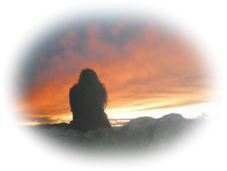 At this point,
the film of the press conference with
​ the trial jury foreman abruptly ends...