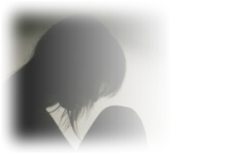 What is a Parole Hearing?
Why was it important to Susan?

The following is quoted directly from the website of
the U.S. Department of Justice.
This information is provided here as a convenience for those
who may not know what a parole hearing is.
Susan had 18* of them...

"Definition of a Parole Hearing

A parole hearing is a hearing to determine whether an inmate should be released from prison to parole supervision in the community for the remainder of the sentence.  The hearing is conducted by a Hearing Examiner of the United States Parole Commission.  The decision on whether the inmate should be granted parole is made by a Commissioner of the United States Parole Commission after reviewing the hearing record created by the Hearing Examiner.
Only an inmate eligible for parole consideration under the sentence imposed by the court is scheduled for a parole hearing.  Usually, the inmate must serve a minimum term of incarceration (imposed by the sentencing court) before the inmate is eligible for parole.  In some cases the inmate may receive a hearing before reaching the parole eligibility date, but in no case may any inmate be released to parole
before reaching the eligibility date.

Just because an inmate has been scheduled for a parole hearing
does not mean the inmate will be released on parole.
For some inmates, federal law requires a parole hearing every two years.
Many inmates have several parole hearings before they are found suitable
for release by the Parole Commission.
​  Some parole-eligible inmates are never released to parole supervision..."
So what's it mean?

It means the parole board would decide if Susan was to be paroled.
It means Susan applied for parole 18* times
​because it was Susan's legal right to do so.

At her 18th*, and final hearing,
Susan was unable to speak on her own behalf
due to her illness.
Susan's husband / attorney had to help her along
​ in order for her to say a few words.

It means Susan was denied parole,
because she was still a 'danger to society',
as she lay there dying.

And Susan was gone 3 weeks and a day later.

18* parole hearings over the years.
Susan went into each parole hearing, hoping and praying,
that it was her last hearing,
and then she would be free.
Because at the previous hearing,
it looked as though maybe the next hearing,
would be the last.
​
But it wasn't.

The last hearing never came for Susan.
Susan was told 18* times, in so many words,
"Not today. Maybe next time."

What do you think that was like for Susan?

The best way to get a sense of what that was like for Susan,
is to quote Susan from her book,
﻿The Myth of Helter Skelter;﻿

﻿﻿"And every couple years the California Parole Board
​ 'invites' me to relive in detail﻿
the most horrible three days of my life"
(Susan Atkins-Whitehouse, The Myth of  Helter Skelter)

No one knows what that was like for Susan;
except Susan.

Did Susan really ever have a chance at parole over the years?
Or did they mislead her, giving her the false hope of freedom one day,
when in reality, upon her first day of incarceration,
they threw away the key...