A Los Angeles local news film clip
has a sheriff's van in a parking area
pulling away from a doorway of a building.
The van approaches us
(to where the camera man was filming from),
from the distance and angled from the right.

The sounds we hear are naturally occurring.
(Many of the film clips from those days
have no sound at all, whether edited out,
or were video recorded with no audio).

We can hear the van as it gets closer to us,
as well as background noise that was in the area.
As the van approaches us, we can see into it through the windshield.
There are several rows of bench seats inside.
We can see the driver, and a figure in the second row,
likely a guard.
The figures in the van are dark like shadows.

There is also a figure seated in the last row inside the van.

The van stops near us, for reasons unapparent in the film clip.
We are on the driver's side of the van. 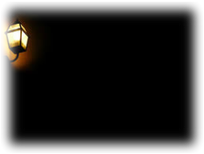 The windows of the van are barred on the inside.
The film cuts to a close-up of the figure in the last row inside the van.

It's Susan.
She is seated alone.
Susan's head is shaved.
She is staring straight ahead in the van.

(From our perspective outside the van on the driver's side,
Susan is staring leftward.
We are a row forward from where
Susan is seated)
​
Susan's countenance is blank -
expressionless -
distant and vacant.​
​Susan is far away -
​
Come back, Susan,
Please come back... 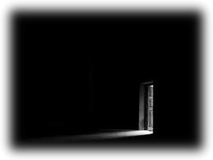 Susan has been staring straight ahead for a few seconds.
She then blinks once, and as Susan blinks,
she turns her head slightly to her left
and looks directly at us.
Susan is looking right into the camera.

Susan's expression has changed to a slight smirk,
tainted with defiance.
Susan stares into the camera for several seconds.

Susan has not yet blinked a second time since her previous blink.
Susan then turns her head more to her left to look out the window of the van,
and she does so without blinking.
Her smirk is slightly more pronounced.

Finally blinking once more but slowly,
Susan turns her head slightly back to her right
to look at us again for a second or two.
Susan's defiance is obvious.

Susan blinks again then turns her head to her right
and looks out the van window on the other side.
Something Susan sees, which we can't,
makes her close her eyes and smile.

At this moment, the film cuts to the van
​ pulling away from the curb,
and drives away.

Come back, Susan,
please come back...