​In Memory of Susan Denise Atkins-Whitehouse 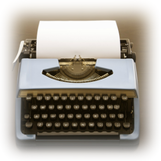 In her earlier Christian newsletters,
when Susan would pass a month,
which rarely occurred,
Susan didn't offer any explanation.
In later occurrences,
though they were rare,
Susan was gracious to offer her explanation
the following month.
On one such occasion, Susan told us;

"...It is a privilege to be able to write to you again.
As you may have noticed,
I did not write a letter during the month of May.
There is a reason,
and I'd like to share that with you.

It is my heart's desire that when I sit down and write you,
that I'm not just telling you about me,
or telling you a story about prison life.
Rather, it's my desire that I pour out my heart to you
as the Holy Spirit would have me do.

I don't always have something to say.
It seems to me
​that the older and more mature I become
the less I actually have to say,
unless I can apply the Word of God.
There is a wonderful verse of scripture from Proverbs
that says a great deal about what it is to speak
​with wisdom and prudence..."
And Susan provided the verse of scripture she spoke of.

Susan continued;
"So, I'd rather write you a letter when I really have something to say
that will uplift you, encourage you,
and strengthen your determination to walk with God,
no matter what.
I can only do that when
I have heard from the Lord on a matter,
​and I have peace in my heart to write it.
Last month,
I simply didn't have anything to say,
​so I simply didn't write"
On another occasion when Susan was ​late
to give us her newest Christian newsletter,
Susan told us;
"...Please forgive me for not writing a letter in September.
I have been so very busy lately.
There has been a great deal of turmoil going on here
within the prison,
much of which I'm convinced is a direct result
of the prayers which a few faithful sisters have been praying
from within these walls..."

Some time later, Susan told us;
"...I didn't write last month.
Each time I'd sit down to write,
I'd come up with a blank.
I'm confident the Holy Spirit
​ was at work in your life,
and in my life,
and bringing us ever closer
​ to the Heart of our Father in Heaven..."​
On those rare occasions when Susan didn't write to us,
the paper wasn't blank;
​the paper was empty...