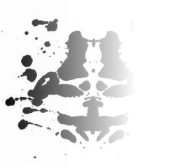 Susan's 1993 parole hearing was heard by
3 Board of Prison Terms commissioners.
During the hearing,
they were discussing with Susan a recent
psychological evaluation that Susan had taken.

Specifically, it was the center seated commissioner
who was speaking to Susan about it.
To the commissioner's left is the presiding commissioner.
To her right the other commissioner.
This conversation took place immediately after
​they had discussed Susan's marriages.

We don't speak for anyone but ourselves.
However,
​ if we were in Susan's seat,
we would hope, and expect,
that those who are judging us KNOW us,
and are not judging us from what they read on a piece of paper,
seemingly for the first time.

We also acknowledge we may be
waaaaaay off track from what is the norm...

Someone's future is on the line.
We believe that warrants some discussion
amongst those who judge
and those who evaluate.

As we continue on,
the commissioner reads to Susan the psychological evaluation
​which Susan had taken.
​We join the reading already in progress;
Commissioner: "...But there is another factor preventing inmate Atkins
further improvement.  It is the extraordinary pressure resulting from
those notorious and unprecedented crimes that makes it difficult
for this inmate to further change and improve.  Especially when
​                   considered together with her personality characteristics"

Susan: "I​'m not sure exactly what he means by that"
​
While hemming and hawing,
the commissioner responds to Susan's inquiry -
Items in [  ] are our insertions for emphasis.

(This statement seals the fact the commissioner's
only knowledge is from the report she is reading from...)

Commissioner: "The others.....yeah"
​
Susan: "other people mistrusting me?"

Commissioner: "mmm......uuuhh.......the others relate to her presenting.......to your presenting
suspicion and mistrust.  Authority problems and a difference in
moral standards compared to normal responses.  These are just
some of the things that came out in the testing..."

The commissioner wraps up her reading of the report.

Someone about to determine,
along with two others,
how another human being continues on in their life.
Whether that person becomes a member of free society,
or remains a prisoner.

It's unfortunate, and sad to know, that to some,
it's just a job.