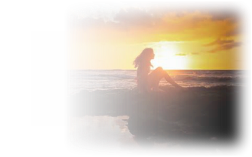 Explain What You Said

During Susan's 1993 parole hearing,
Susan was asked by the presiding Board of Prison Terms commissioner
to explain what she had said some twenty plus years earlier,
and why she said it.

Susan does have material
in front of her on the table,
but she never looks at it as she answers
​ the commissioner's questions.
​
Susan doesn't need to.

The commissioners questioning Susan
have their hands buried within the pages of their reference material.
It becomes annoying to hear them and watch them
playing with their paper,
as these actions are interfering with the continuity of the hearing,
and is distracting for those, namely us, trying to follow.
It's almost as if it were being done deliberately.
Susan: "...Again, I'm asking you to understand that when I made that
statement almost 23 years ago, 22, 23 years ago,
I was still under the influence of the drugs, even though I had been
on drugs at the time I made that statement (indiscernible)
If you understand anything about drug abuse and the psychology of drug abuse,
that it stays with you for a long time. Um, again, I was still very angry,
I was still very much devoted to Manson and the family, um,
as I understood them to be at that point in time,
and I wanted to be a viable member..."

as Susan moved on... 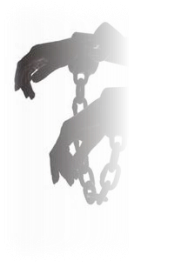 And I used to hear Charlie in my head
over and over and over again tell me things like when you're in jail,
and people pick on you,
you be big, you be bad, and you be mean,
so much so, that everybody will just leave you alone.

I didn't know any other means of surviving,
so I said things to people in jail as a defense mechanism,
and I said I did things that I in fact
did not do,
because that's how I was taught to behave when you're in jail.
That's why I said what I said..."
Susan was very frightened.
She was alone.
We cannot fathom what that was like for Susan.
There is no one that can,
​except Susan.
​
Susan thought she was going to die in prison.
Susan thought she was going to die in jail.

It's a horrible frame of mind and heart for anyone.
We are with Susan.
But that's all we can do,
​is be with her.