​​​In Memory of Susan Denise Atkins-Whitehouse

This is a true story.
This is a tragic story,
​about an innocent life,
that went so wrong.
​
It's a story which a lot of people may not wish to listen to,
if they have closed minds, and closed hearts.
There will be many that have both. 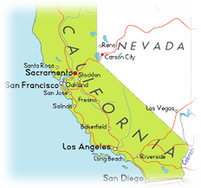 She was growing up in the suburbs on the west coast.
She was a decent student in school. She had average grades.
She sang in her church choir.
She was a shy girl, kind of an introvert, but
her personality really came out in her singing.
She was a good kid.
But she was forced to grow up too soon.

Her alcoholic mother was dying from cancer.
This girl, at the age of 13, was charged with taking care of her family;
an alcoholic father, an older brother,
​ a younger brother, and her dying mother,
as well as herself.

While other girls her age were living the fun life
that young teen girls ought to be living,
this girl was cooking, cleaning,
​ and even giving morphine shots
to her dying mother, every day,
​ when she came home from school.

She was 13 years old,
​and forced to assume the roles of both wife, and mother.

During her mother's final days,
this girl's church choir surprised her and her family by
going to her home and singing Christmas carols
below her mother's bedroom window.

It wasn't long after, her mother passed away.
Her mother's illness had depleted the family financially,
so her father, with whom she constantly argued,
sold everything to pay the bills,
​ and moved her and her younger brother.

He often left them in the care of relatives,
or alone to fend for themselves.
Eventually, he abandoned them completely.

She was forced to work while going to school
to support herself and her younger brother.
Her grades suffered, because she could not devote
​ the time needed to maintain them.
This girl has been through a lot, so early in her life.

She was hurting from the loss of her mother with whom she was very close,
hurting from the absence of a father.
Missing out on just having a good time.
She had no parental guidance when she needed it the most.

She was becoming embittered, angry.
She was just a young girl,
terrible emotions for a young girl.
Not what should be in a young girl's heart.

Her life at home became too much
for her to bear anymore.
She had enough.
So she quit school, and she ran away.
There had to be something better out there.
There had to be. 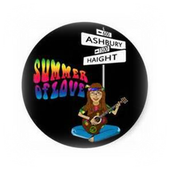 She heard stories about nearby San Francisco,
so that's where she headed,
​ alone.
From what it seemed, it wasn't that bad of a place,
and probably every youth in America
wanted to go there.
Many did.

It would be this decision to go to San Francisco
that would lead to her eventual downfall.
This would be the beginning of the end for this girl.

She was young. She was beautiful.
But she was lost in her way.

She went to San Francisco in search of something;
maybe some stability in her life,
​ maybe a place she could call home.
Anything would be better than what she left behind.
A lot of kids her age are searching for something,
​ and at that time, there were many.

She was no different from others her age,
and the unhappiness of what she left behind
​ filled her heart with emptiness.

One day, she crossed paths with something she had longed for,
what had been missing from her life.
​ She was alive again!
She found what she had been looking for.

And everything was great, for a while;
a very short while.
That greatness didn't last. It fizzled out real fast,
and blew up in her face.

Her life would change, alright.
She was wrong about what she found,
​ dead wrong...

​Her life had begun a downward spiral.
Her life was becoming a series of one wrong turn after another,
one bad decision after another.
And sadly,
​ drugs had become a major part of her life.

19 years old,
​  just a kid by all accounts.
Kids make mistakes. Lots of them.
​
She went on to make the mother of mistakes,
and she spent the rest of her life paying for it.

Thousands of girls traveled to
that city in those days.
None of them seemed to be
​of any great concern to anyone.

However,
by what this girl found on a fateful day
in a house in the Haight-Ashbury neighborhood
of San Francisco,
her life would be changed forever.
​
​She would become famous the world over.

Her name was Susan Atkins ~

Why did she get on that damn bus...