The following is from Susan's Probation Officer's Report in 1968,
when Susan was 20 years old.
These passages are from the last few pages of the report.

(Please note that the Probation Officer's evaluation
of Susan at that age is not pleasant to read.
The circumstances of Susan's life
and her lifestyle at the time
is difficult to comprehend and accept;
it's difficult to accept that anyone,
especially a girl of Susan's age,
​existed as she did.

But it happened,
and so we are forced to accept it...)

"...The group migrated to Mendocino County, and then returned to Los Angeles County;
then (name 2)* and the other girls came north again to try to find a suitable
location for the rest, and it was at a temporary house in Philo where they were
living while looking for a more satisfying location, that they
were arrested on the charges given above.

MARITAL STATUS:
Defendant is not now, and never has been legally married.
​
EMPLOYMENT RECORD:
As noted above, defendant has held several occupations, principally as a waitress,
or dancer.  She did not care to list any of her employers as references,
with the exception of a Mr. Bushmar,
manager of a San Francisco pancake house, whom we
have been unable to contact.
​
FINANCIAL STATUS:
The defendant has been unemployed
for the past several months.
She has attempted to find work in Mendocino County without success.
She now states that she wishes to return to Los Angeles County, where she is
certain she will gain employment of a legitimate nature from various friends
and acquaintances down there.  She says that she has no property and no liabilities.
​
EVALUATION:
On the basis of the biography above, it can be concluded without further analysis
that  (name 1)* has suffered a good deal of emotional damage and deprivation.
From her "solidly middle class" background, she learned to take a highly
materialistic view of the world, and to see survival as largely a question of success
at exploitation and manipulation.  Her emotional contacts as a child were usually
painful and the effects of these experiences on her personality were reinforced by her
life of impersonal, somewhat exploitive social and sexual contacts, and the generally
crude and hostile atmosphere of the bars and night haunts of our large cities.
It is interesting to realize that the kind of clientele which made (name 2)*
career possible were largely the same heavy-drinking, lonely and externally
successful men, among whom might have been found her own father.
Her life reveals a depressing and..." 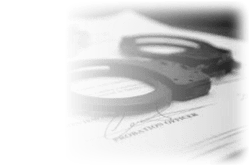 Moving on later into the report, the evaluation continues...

"As Susan Denise Atkins, the defendant adopted the alias (name 1)*
when she left her life in the bars of San Francisco.  She says that she prefers
to have people call her (name 2)* as "it helps me forget Susan - I've put her out of
my mind, I've forgotten her. I've forgotten my old personality."  We feel that (name 2)*
might be encouraged to remember her old personality with compassion, instead of
attempting to repudiate it, if she is encouraged to find a useful
and satisfying place for herself.
​
In February of this year, (name 1)* became pregnant allegedly by a Michael Weine,
present whereabouts unknown.  It is apparent that she wanted
to have a child to add to the generalized "family"
of which she and Charles Manson are members.  she feels that the
Generic father of the child is unimportant, as compared to the father and mother
atmosphere which the child would receive in her "family" group.  Again, we are
faced with a conflict between the social standards of the defendant and her
compatriots, and those of the society at large.  What is clear is that neither this child,
nor its mother, could benefit much at the hands of the society at large,
if the mother is incarcerated.
RECOMMENDATION:
Therefore, Your Honor, we respectfully recommend to the Court that
(name 1)*, aka Susan Denise Atkins, be granted probation for a period
of 3 years, subject to the following terms and conditions:


I have read and considered the foregoing
Report of Probation Officer.

(The other name Susan was famously known by will never been seen
on SusanDenise.net)

Name 3 and Name 4 have been omitted here to protect their privacy.