"Monster!"   "Demon!"
We would find references to Susan such as these offensive,
if they weren't so laughable.
It is part of the "mob mentality" who see Susan as something she is not.

Susan was not "destined" for the tragic events in her life.
There was no "evil" flowing through Susan's veins.
She was a human being;
her name was Susan.

Had Susan been living on the east coast in 1967,
her life would have taken a different path,
and she may even had been at Woodstock in 1969,
rather than Los Angeles.

Had Susan's home life been somewhat 'normal',
she might not even have left home,
and Susan would have passed away in 2009 unknown to us.

It's simple enough.
Susan was not "destined" for the tragic events she was a part of. 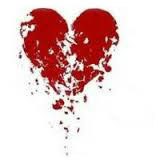 We do not seek sympathy for Susan.
It's time people open their minds, and open their hearts.
The tragedy that this girl's life was over,
​ before it had barely begun,
is a heartbreaking story.

Some "writers" have thrived by calling Susan names;
by labeling her, by painting a false picture of her.
We feel sorry for these people.
If that is the best they could do, then God help them.

Having been in the same circumstances,
with the same life experiences,
at the same age, and at the same time in history,
it is almost certain that these events could have happened to ANYONE.

Susan was not 'destined' for the tragic events she was a part of. 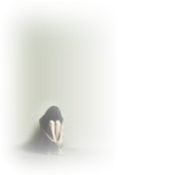 Susan was in the wrong place at the wrong time,
and nothing more,
and was then led down a path of destruction.

When Susan went to San Francisco,
she was alone.
She was looking for something better in her life.
And look what Susan found.

Susan and her brother were abandoned by their father.
How sad is it that a 13 year old girl
has to assume the roles of both wife and mother,
all while going to school?
What could her outlook possibly be
at this moment in her life?
What an awful position to be in,
for anyone,
let alone a 13 year old.

Some fail to see the big picture,
and this point undoubtedly would be met with the argument,
"A lot of kids don't have parents. A lot of kids have it tough,
and they turn out okay."

That's wonderful news!
But it's cold and callous,
and unbecoming of the compassionate beings we are supposed to be.

Not everyone has that kind of fortitude.
That attitude sides with the strong,
and leaves the weak alone, to get weaker.
And when we are talking about kids,
​ it is an unfortunate mistake.

Susan burned with the fire of a typical rebellious teen;
it burned within her,
​ it gave her strength.
It gave Susan the strength to keep moving.
Unfortunately, gasoline was poured on that fire;
it soon raged out of control.

Susan left home, all by herself,
​to find something better,
and she thought she found something
​ which would change everything for her.
Susan was in a fragile
and drug-fueled emotional state.

Susan was offered peace and love.
​She was offered a great time.
And Susan misplaced her trust;

When we look at pictures of Susan,
​ there is a reason we do not see a monster;
there isn't one there.

In 1967,
they were living the free spirit of the times.

Susan was just a girl. Any girl,
who was lost-
Confused-
Down and out-

But there were other girls just like her during that era,
coming from troubled home lives,
And some of them found each other.

There was no "mystical evil force"
that brought Susan to San Francisco,
as some have ridiculously attested;
only the lure of having a great time,
and maybe a place she could call home.

Susan was trying to survive,
​ but she made mistakes; bad ones.
Unfortunately, it was those mistakes,
​ at the age of 21, that defined her.
This is a tragic shame because
Susan became
​a portrait of true strength and courage.
Susan quietly slipped away into
​ the obscurity of the California prison system,
but she did not disappear.
Susan rose above what put her there.

In the years that followed, Susan worked unceasingly hard,
​ and never stopped.
Susan was a student, a teacher,
​ a social worker, a wife, a friend.

She accomplished much.
​She did a lot of good,
for the better part of her life.

Susan touched the lives of many.
She was loved.

Susan lived her life knowing
​she may never see the light of freedom again.
That ​could be enough to shatter the spirit
of even the strongest individual.

But not Susan.
It didn't deter her.
Susan spent the better part of her life helping people,
because that's who she was.

Susan became a true asset to the community with her work
and involvement over the years,
all while carrying the memory of her past on her back.
Who could know what that was like for Susan all those years?
There is no one who could know;
not unless they lived it,
as Susan did.

Here is a portrait of true strength.

We are not as strong as Susan was.
We don't know how she did it.
We're doubtful we ever could. 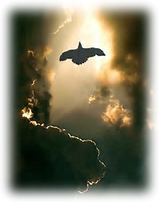 Susan's work, as impressive as it was,
​ could never erase the events of her past,
and Susan knew that.
Susan knew what society thought of her,
but it was not important to her.

Susan helped people because she wanted to,
​ and let nothing influence her otherwise.
Here is a portrait of true courage.

The strength and courage that Susan lived
is a testament that even at the darkest times in our lives,
if given the opportunity,
we can fly higher than ever.

The walls surrounding Susan
​ were of no consequence;
Susan soared like an eagle.
​
That's inspiration at it's very core.
That is the legacy Susan left us.

History remembers Susan as a follower.
And she was,
but for only a very brief moment in her life.

It was this moment that defined her.
It's what history has written,
it's what people will remember.

But the history books are incomplete,
because Susan spent
​ the better part of her life helping others;
it hasn't been acknowledged,
and it should be.

History cannot be changed,
but the way it was written can be.

History is written on pages,
it is not carved in stone...